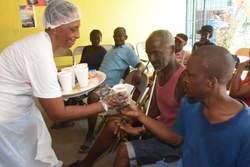 FOR many years The Good Samaritan Inn at Geffard Place in downtown Kingston has been a ray of hope for the needy and homeless.

And in its 10th year of existence, the facility which feeds, clothes, cleans, houses and caters to the medical needs of its visitors is not letting up on its efforts.

Vermont Murray, manager at The Good Samaritan Inn, told the Jamaica Observer in a recent visit to the entity that the Inn, an affiliate of the East Jamaica Conference of Seventh-day Adventists, operating in conjunction with the Adventists Laypersons Services and Industries, the business and provisional arm of the church, came into existence on December 23, 2007 after realising that there was much to be done to assist those less fortunate.

“We started initially with feeding and from those who came we saw that there was a greater need and we continued until we were able to provide overnight facilities for women, bathing facilities for men and women, areas to wash their clothing. For those without clothing we have a stores area where we can take from and give them, and there is the dental and medical clinic,” he said, pointing out that the inn functions as a community outreach project and is not partisan to any religious affiliation.

Each day, the inn, which will see on average 200 people coming to be fed, 35 coming to launder their clothes and 50 people coming to have a bath, caters to the communities of Fletcher's Land, Allman Town, Jones Town, Admiral Town and Hannah Town.

When the Observer visited last week during the lunch hour, roughly 15 individuals were seen gathered at the facility for meals, while the volunteers explained that more would eventually turn up.

Before the meal was served, the caretaker Raglan Waite took the opportunity to have a brief devotion and invite those in attendance to their Christmas treat on the weekend.

As part of his address Waite also spoke about the communal spirit the organisation possesses.

He said: “Nobody troubles you here. Any time of morning you knock on the gate, we let you in — once you come with respect and manners. Many times you hear people say 'nothing nah gwan' but come here and something will gwaan. You have to have a love for God to love people and that's what exists here. Many of you can testify of how God has helped you, how you came here and through encouragement and help were able to get a little business going.”

One gentleman, 58-year-old Keith Williams, who has been served by the facility for the past three years, lauded the efforts of the facility and said its presence has helped stave off crime in the communities it serves.

“There is far less crime because when a man is hungry he can come and get food and doesn't have to steal or pick up the gun to get a dollar, especially when he can't find meaningful employment. Right now I am not working and any little thing I can come and they help me out and the same for others, so it hinders you from doing certain things,” he said.

Williams added that apart from being fed, when he is bored he oftentimes walks to the Inn and engages Waite in conversation, which usually ends with a word of encouragement or prayer, and for this he is grateful.

Kareen Young, 22, said the inn has assisted her the past seven years and she has benefited from clothing, the dental clinic and various treats. 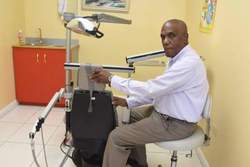 On a tour of the premises, which is covered by closed-circuit cameras, the dental clinic which has four dental rooms and three medical examination rooms; a ladies' section equipped with beds and a crib; a storage area with clothing; 10 showers and a wash area was observed. A second section which is to be transformed into a child guidance clinic was also seen.

Murray used the opportunity to thank the inn's mainstay partners, University College of the Commonwealth Caribbean, Fosrich and Hose Assembly and Supplies Limited.

He added that at the end of all the celebrations to mark the 10th year and recognise the work over the years, his faithfulness to the task will remain and, rest assured, the facility will always be available.

See story as published by the Jamaica Observer 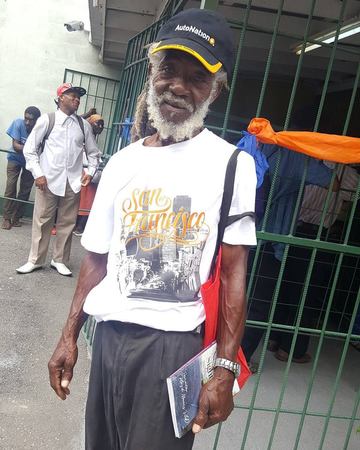 For many years The Good Samaritan Inn at Geffard Place in downtown Kingston has been a ray of hope for the needy and homeless. And in its 10th year of existence, the facility which feeds, clothes More